01 Jul so wrong but so right

Posted at 04:31h in Time by Holly Chamberlain 3 Comments

For most of my life, I’ve prided myself on being right. To this day, when someone says to me, “You’re right,” I love to reply with tongue in cheek, “Ahhh, my two favorite words.” :0)

I built walls on being right. I excelled in jobs because I was right. I won arguments, I made sales, I protected myself from harm by being right. When you’re right, your words cannot be refuted and your actions are justified. When you’re right, you feel powerful. You trick yourself into feeling invincible. Being right allows for a very black and white life. Rules are followed, boundaries kept, safety preserved. You win. You win. You win.

And when you win, you feel safe.

It’s a lie, of course, and completely unsustainable, but it feels right when you’re right.

I’ve ended relationships with good people because I was right and they were wrong. When you need to be right, you might find it difficult to offer grace. Forgiveness is almost impossible in a black and white world. Rules trump relationships and being right is everything. Justice and mercy struggle to coexist. I loved to be right. I actually used to crave it.

Then I learned that being right wasn’t enough. I was ‘right’ all day long. Smarter than everyone in the room. Unbeatable. Completely untouchable. I was so right, I was riiiiiiight… and completely empty. I was operating from a place of Fear and so completely wrong.

I started evaluating the importance on balancing being right with being kind. Some scenarios required me to choose between the two. Kindness wasn’t a survival skill I learned growing up. Kindness came later and came slowly. Being kind isn’t as safe as being right. I thought it made me vulnerable and I hated vulnerability. I knew I wanted to be kind more than I wanted to be right, so I slowly released my death grip on being right.

I still crack the joke though… “Ahhh, my two favorite words: You’re right!” :0)

I let go of the need to have the last word or prove myself. I stopped defending myself and explaining my position. I started examining the war within and probing my constructed defenses to reveal where it hurt. I pushed myself to examine those moments when the need to ‘be right’ rose up like bile in my throat. I swallowed that need, even though it burned, and I forced myself to let go, inch by inch, conversation by conversation. I didn’t always succeed but I got better and better. I deliberately and consistently reminded myself that I now valued being kind above being right.

Seems silly now but back then it was sooooo difficult. The choice between right and kind might seem so strange to someone who has never struggled with this. For me, it was like surrendering my power. It hurt like hell and scared me to death.

Don’t get me wrong… I am still right. All day long, in many different ways, I derive HUGE satisfaction out of being right. It validates me like nothing else and I’m convinced I will forever need to work on un-learning this survival behavior. Growth occurred when I moved into the the phase of being satisfied with the knowledge that I’m right vs. actually wanting/needing to force an acknowledgment out of anyone. I didn’t need the bloody, gory victory at that point – it was ‘enough’ to just know that I was right. :0)

Still operating from EGO and Fear, but growing nonetheless. I felt very self-aware and derived some measure of pride from the self-control I had learned to exercise.

Imagine my surprise when I was moving through my early forties, all evolved and shit, and read something about deliberately choosing to be wrong. Who would ever want to do that? My internal safety constructs started crumbling so hard I could almost hear them inside my head… “What if you’re wrong?” The author actually suggested we approach life with the mindset that we ARE wrong. It puts us in prime positon for learning.

For the girl who survived a thousand knife fights by being right, this idea might as well have been written in Japanese.

Voluntarily go into every situation with the mindset that everything I think and know to be true could very possibly be wrong? That’s insane.

But what if…? What if my opinion is off just a bit? What if my conclusion is flawed because it was drawn from half information? What if my heels dug in at the wrong point in a story? What if there are two ways to be right? What if I am right AND they are right? Can that even happen?

I reflect on this moment with a huge grin on my face. I remember feeling repulsed by the idea. It felt like weakness to me. It felt like I was being challenged to abandon a familiar foundation upon which I had built my whole life. Remember for ME being ‘right’ was being ‘safe’. Being untouchable. Being above reproach. To willingly and knowingly choose to leave that behind was a huge ask for this girl.

But I was hooked. I was up for the challenge of purposefully exploring a different perspective. It wasn’t about being wrong but more about the willingness to accept that maybe, just maybe, there were multiple options. Not going to lie… as excited as I was to try this, I also wanted to throw up and run away.

It ain’t easy coming from a dogmatic, invincible point of view to one of genuine curiosity. It involves a hell of a lot more humility than the Ego typically allows. It’s uncomfortable and gross and quite frankly, I miss being right all the time. I miss black & white and safe.

I laugh as I write this because this will make no sense to some and it will feel like gospel truth to others. If this makes no sense to you, bless you for being a decent human being, naturally. For those of you who feel like I just wrote a whole blog post exposing your secret, I salute you. These are hard yards, but we can do them together.

Embrace the strange and try being wrong once in a while, friends. You might throw up but I promise you’ll survive. 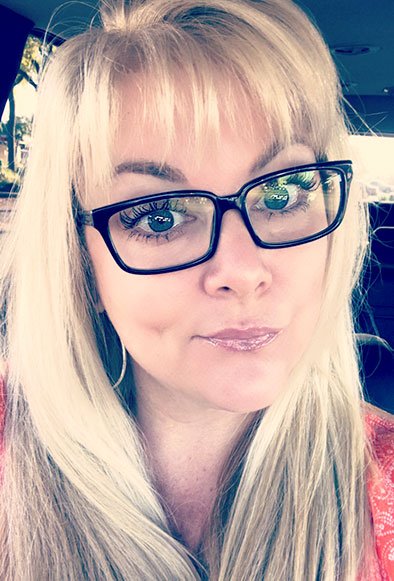 SHE SQUAD!! I love the heart of Pastor @sheilacraf

Self love. Anyone else out there raised to believe

S K I N-timacy! Let’s chat for a sec about skin.